“To make a difference in people’s lives by giving everyone the opportunity for meaningful participation in employment.”

Brunswick Industries Association is a leading employer of people with a disability and provides businesses with a competitive choice when looking to outsource their service and production requirements.

Brunswick Industries has been delivering its services to the community for more than 50 years and we’ve built an enviable reputation in the business community for our timely, cost-effective and quality service delivery, thanks to our exceptional training practices.

Our customers come from both the public and private sectors, and our quality systems and dedicated workforce ensure we consistently achieve timely and high quality outputs at competitive prices.

Our friendly and professional staff have the experience and qualifications to provide quality service to our supported employees and business customers.

Brunswick Industries is always open to increasing and broadening our already comprehensive list of services, so don’t hesitate to get in touch so we can discuss your specific business needs. You’ll receive the best possible customer service, from initial contact through to the completed product or service.

We are committed to the highest standards possible for our supported employees, staff and customers. These policies are reflective of the current standards of practice which include; National Standards for Disability Services, Quality ISO 9001:2015, Safety Standard AS/NZS 4801:2001, NDIS and any relevant Federal and State Legislation. Our Policies can be accessed via the links below.

Brunswick Industries’ journey began back in 1968, when the Brunswick Sheltered Workshop, a joint venture between the Mount Royal Hospital and the Rotary Club of Brunswick, was established to assist in the rehabilitation of stroke victims.

Hoffman Bricks, then called Clifton Bricks, provided land and a building in Syme Street, Brunswick, which is still in use today.

The workshop became an incorporated body in 1986 under the Associations Incorporation Act and in 1992, its name changed to Brunswick Industries Association Incorporated. The Association continued to operate as part of the hospital until 1993.

Strong links remain between the Association and the Rotary Club of Brunswick with several Rotarians serving on the Board, some since the business started in 1968.

In 2006, Brunswick Business Services was adopted as a trading name under the umbrella of Brunswick Industries Association Incorporated.

Our proud tradition of providing meaningful employment and training opportunities is as strong as ever and a workforce of up to 90 people continues to provide quality and timely services to the business community. 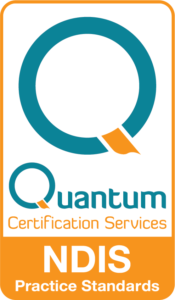 Brunswick Industries Association is audited annually by an external organisation. 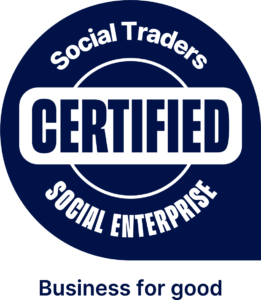 Brunswick Industries Association is overseen by a volunteer Board of Management.

The Board provide the knowledge and keys to the success of Brunswick Industries Association while maintaining BIA’s vision, mission, innovation and sustainability. The Board works in conjunction with BIA’s Chief Executive Officer, Charles Teale.